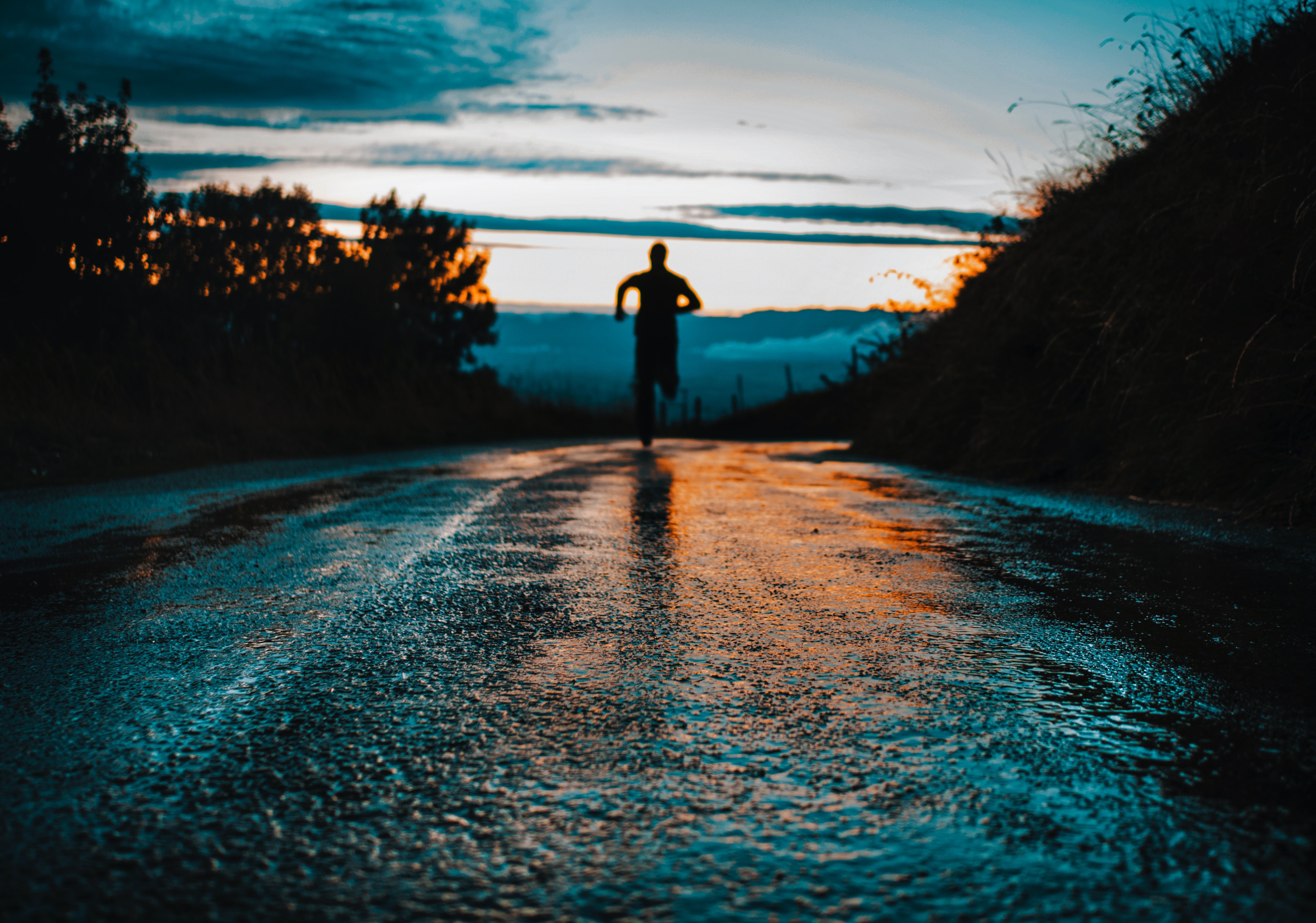 How I Started Running

Category
Fitness
Publish Date
Oct 1, 2021
Status
Published
Tags
Last Edit
Mar 23, 2022 12:51 AM
Word Count
884
Order ID
Running as a hobby is something that people either “get,” or they don’t. For the first 22-odd years of my life, I didn’t get it. As we went through college, I had good friends who would head out for runs, and the best I could manage was a “what are you going on a run for? You are going to end up right back here in an hour, except all tired and sweaty!”
Of course, this isn’t a story of not running. My running story begins when I was going on a trip with two friends. Prior to that, the two of them (let's just call one of them "Jeff" and one of them "Katherine") discussed my odds of taking up running, and I was given a 5% chance by one, and a 0% chance by the other. This was fair: I hadn’t run more than a couple miles in at least three years, and often balked at having to walk to the other side of campus. But social validation is a powerful motivator, and thus a running story was born.
Despite having run a little bit on the treadmill in the gym freshmen year, I was certainly not a runner. About 25 pounds heavier than when I entered Lehigh, I wasn’t “out of shape” but I wasn’t exactly setting any speed or endurance records. While others ran, I may have made a bit of fun of them. “What are you running for?” I would ask, with a tone suggesting there probably wasn’t a good answer unless you were literally being chased by a bear. Of course, given this, the odds that they gave me should not have been surprising.
But motivation in life can come from many sources. For me, a favorite source is taking innocuous, evidence-backed comments and turn them into personal affronts that drive me forward in life. And this was a perfect case.
It was the winter of 2009, and Pennsylvania was COLD. Perhaps the first step is the hardest — I geared up and stepped out the door, wondering what I was doing. “Trying to run” was an apt description, as I ran for a bit then was forced to walk time and again. Records indicate that I ran 2.5 miles in 24:29, but that definitely included many pauses to catch my breath. But I went out six of the next seven days, determined to give this a shot and prove my friends wrong.
On day one of the trip, we did go out, and I managed to keep up with them for a fun, albeit slow, four mile run. The mission was a success! But I was faced with an existential question: what’s next? Having proven my friends wrong, what could I do? They knew enough to know that they shouldn’t bet against me again. Where could new motivation come from?
This is how I really uncovered the value of explicitly setting targets to try to reach. Of course the concept had been around, but it’s meaning was lost on me. What is a goal if it is arbitrary and can be changed? But without any other options, I figured I’d give it a shot and *this time* stick to the goals. A set a goal to run a 5k. I did that the following fall. I set a goal to do a half-marathon, which I did the next Spring. This seemed to work well, so I kept going. I decided that I wanted to run a full marathon, and I did that the next year.
What’s left after that? After running for a while, I realized there was an array of arbitrary targets that I could set to motivate me when the idea of fresh air wasn’t enough. Faster races, weekly or monthly mileage, total vertical feet climbed, and doing more long runs were all options, and I created another excel sheet to keep track of how I was doing on each of those. Every run was the part of one of the games that I had set up for myself.
Fast-forward to today. Part of the reason I’m so passionate about setting goals is that I’ve used it to achieve running goals I never thought I’d be able to do and couldn’t have even imagined as I stood there almost 12 years ago. Of note:
While much of this is just the reality of running, none of it would have been possible without the goals that got me out there when laziness was creeping in. Often, it’s the runs that you don’t really want to do that make the best memories: bad weather, too long, too hilly, a strange city, these end up being the most memorable moments.
Goals drove me to create those memories, which is the gift that I hope I can provide to many more.